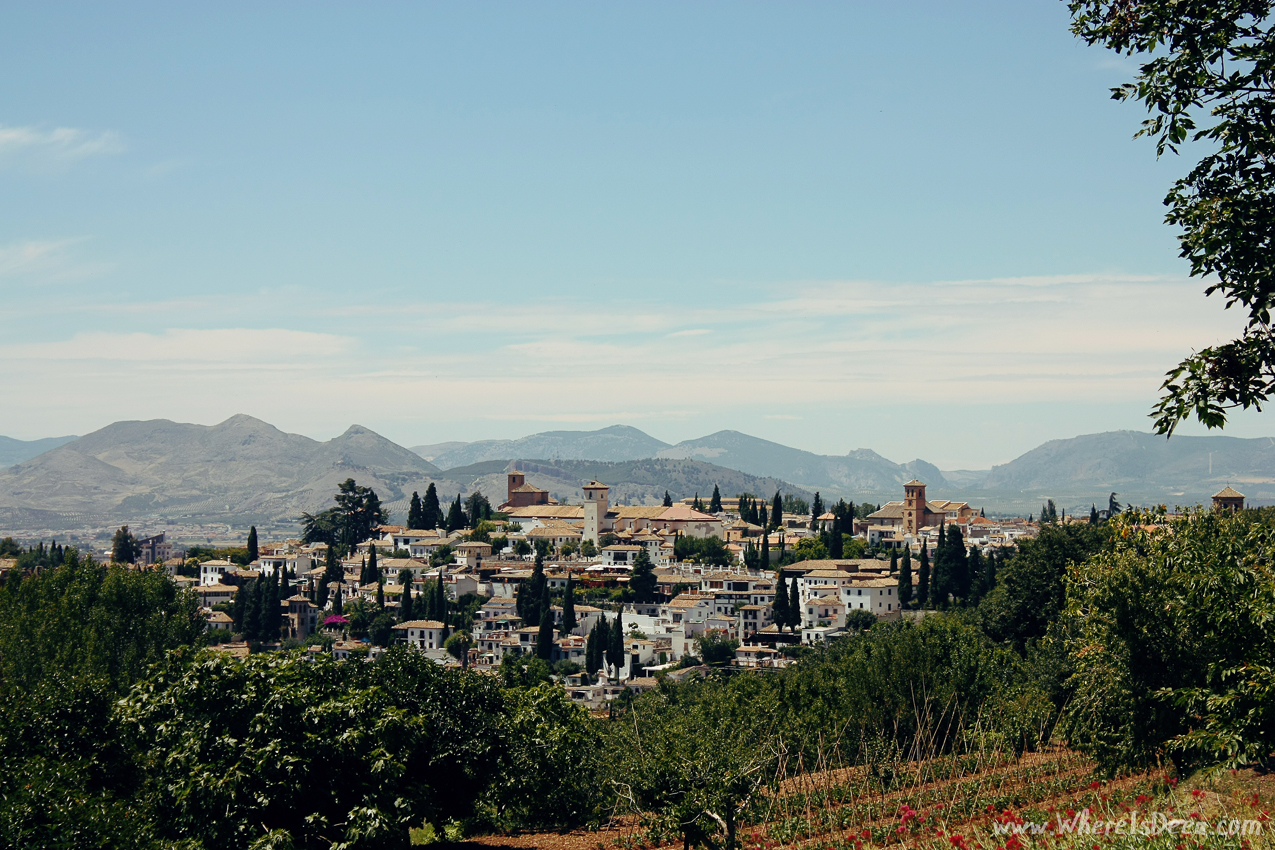 Going through all those photos from my time in Spain and reminiscing all the good times I had there are no good for me, as I easily become melancholic and long for the warm summer days that right now seem so, so far away. I miss Sevilla and its surroundings so freaking much!

But let’s get back to today’s gem, Granada. I’m sure you’ve at least heard about the precious palace Alhambra, or at least seen an image of its most famous photographed part: Courtyard of the Lions (Patio de Leones). You’ll surely recognise it in an instant from the images following below! 😉

Granada is home to this amazing piece of architecture, palace and fortress at the same time, dating originally from the 9th century with Moorish additions in the 11th century and then Christian additions in the 16th century. For me, the Islamic areas are the most fascinating, with their pure beauty in the incredible attention to every graceful and delicate detail and the way the light falls and shapes the spaces, making them seem mysterious and burdened with stories from ancient times. It’s something so exotic for me, a girl born and raised in Eastern Europe, where you never bump into such art and culture.

Well, that being said, let’s get a bit more touristy and tell you in a few words how I spent my 2 days in Granada.

First day was dedicated to wander through most of the historic part of the city and the oldest neighboorhood, Albayzin, a hilly maze of cute white houses and a few great spots from where you can admire Alhambra (which is located up on top of another hill) or get some great views of the whole city unfolding at your feet and, somewhere in the distance but not very far away, the mountains: Sierra Nevada. We did what we were already so used to do: have plenty of delicious tapas and tintos de verano (I recommend la Bella y la Bestia. I still can’t forget the delicious bagels I had there! The prices are extremely affordable, we payed 2 euros for a drink and a tapa each. So yes, that’s the place where to eat and chill. Btw, in Granada in most of the tapa bars you order a drink and the tapa comes included in the price).

We also got lost through the commercial streets, a sort of arabic souk, but at an extremely smaller scale. If you’re just in for buying oriental stuff for your home or souvenirs, you don’t need to cross the strait to Morocco, just wander on those streets. For me, it was like a small preview of what was expecting me in Morocco, but without the tiring hustle and bustle and the assiduous haggling. The prices are also quite similar or even cheaper, as I was to find out later. Ah, and yes. Have a mint tea and a hookah in between shopping, in one of the touristy but cute teterias that fill those streets.

On the second day we woke up early in the morning to hurry up and see some other interesting places, as Federico Garcia Lorca’s house and Campo Baeza’s Museum of Memory (this one is due to us being architecture students.. hihi. Nevertheless, worth seeing if you’re into contemporary architecture!).

Then, the whole day was dedicated just to Alhambra. It takes around 20 mins to get there by foot from the historic center and around 3-4-5 hours to see everything, depending on your way of dealing with this type of attractions. BUT! Don’t forget to make a reservation at least 2 weeks before your desired visiting date, because the number of tourist entrances is limited and they fill up really, really fast, especially during high season! We kept postponing our visit for about 3 times until we finally found tickets. Here’s the website from where you can buy them. Read carefully all the info there, as there are also other types of important details to take into account (access, getting your ticket etc).

And once you’re in… just simply enjoy it (and don’t get too pissed off by loud disrespectful tourists, as I did. It’s not worth letting them ruin your day).

I’m only sorry that I couldn’t capture Alhambra’s whole beauty in my images, but I hope this glimpse of it will make you curious for more! Enjoy!

Wandering around the city: House of Federico Garcia Lorca (it can be visited): And finally, views of and from the Alhambra: This site uses Akismet to reduce spam. Learn how your comment data is processed.

Hope you're enjoying these photos you're looking at ;)

If the answer is yes, then join the newsletter to stay updated with  the important stuff and all the goodies!

This site uses cookies to improve your experience: Find out more.